Of Free Will and Addiction

John Bradshaw once said in his book ‘Healing The Shame That Binds You’- “ Just as they are two kinds of cholesterol, HDL( healthy) and LDL(toxic), so also are there two forms of shame: innate shame and toxic or life destroying shame. When shame is toxic, it is an excruciatingly internal experience of unexpected exposure. It is a deep cut felt primarily from the inside. It divides us from ourselves and from others. When our feeling of shame becomes toxic shame, we disown ourselves. And this disowning demands a cover-up. Toxic shame parades in many garbs and get-ups. It loves darkness and secretiveness”. 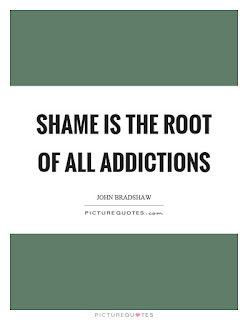 Today I want to write something that has going through my mind for a while now. However, before I get deeper into today’s topic, there’s something that you have to understand in order to relate the events that will unfold. If I were to tell you that I’m an addict for a while now, the first thing would go through your heads are drugs or nicotine isn’t it? Well that’s wrong. Far from it. Instead, I’m addicted to porn. I couldn’t remember when I realized I have this addiction. But what I do know is when it all started. It was 8 years ago. I was only 12 years old. I don't really understood what I watched. And now, I’m 20 years old, and I couldn’t go on 3 days without watching it. It is in no way whatsoever that this addiction is even comparable to the addiction on drugs. But I believe that no matter how serious the matter is, there are always some common grounds which it is rooted. And that is what I want to talk about.

Alright, after a while now, I’ve been wondering about the reinforcement theory coined by the psychologist BF. Skinner. The theory basically tells us about how the mind works when we are addicted to something. About how we are reinforced by the external stimuli to trigger the said addiction. About how we associate the said addiction as a reward. This works at the heart of every addiction, gambling, alcohol, drugs, and even sex. All these cause a massive over-stimulation of dopamine receptors and therefore positive rewards. And this repeated use of drugs leads to withdrawal effects when trying to stop. Withdrawal is physically unpleasant and can be reduced again by taking the drug again, which is a negative reinforcement. This however leads to the question of, where does free will plays in on all of this? Are we to condemn by this addiction and never to stop? Does our own actions determined by what has occurred by our surrounding? And that eventually justify everything that we do. Is it not our fault that we are addicted?

In the light of this, I would like to add another perspective in psychology which is the humanistic perspective. Which study the whole person and uniqueness of every individual. And through this, they believes that free will does exist in oneself. Personal agencies is the humanistic term for the exercise of the free will. It refers to the choice we make in life. But what really interests me is the degrees of free will. Of course this debate has go on for centuries and the humanistic psychologist have been trying to prove that in some way there is free will. The first view in this is the libertarian view, which entails that we truly are free in whatever that we do. And that environment or physics does not pre-determined our actions in any way. The other view however is the total opposite as it is the deterministic view. The middle ground in this debate however lies with the compatibilistic. Which just means soft determinist. Which in the most simplest sense, is how we can't change how biologically who we are, Like how we have different IQ for each and every individual. However,  we can have that free will to do whatever we want. The debate is that whatever that we choose is in fact because of the events that happened before this. Take an example like how I would write this blog right now. I have the free will of choice to write this, but perhaps I am writing this because of the fact that I really need a good reason to stop fapping. As the compatibilist suggest, the things that I did is because of my own justification and my justification exist as part of the unfolding wave of causality that is the universe. So, in simple terms, It is not so free will but more of a self-determinism. Our own actions are the result of our own justifications. There's no totally external systems that is the direct cause for our actions. 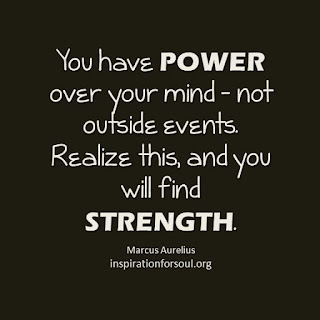 However, if this is the case, why do we still do irrational things if we have this so called free will in our hands? In one book entitled; "Irrationally predictable" by Dan Ariely, suggest how emotions can influence our decision-making. In his book, which he collaborated with the psychologist George Lowenstein, tested out how arousal can influence in  decision-making during a high-emotion situation. This is done by a few college students who were given a set of questions regarding sexual matters, for an example, "would you have sex with someone without any protection?" of course they answer like a normal rational person would, which was "no". But under the influence of arousal however, surprisingly enough, most of the students said yes. It's as if you're a totally different person when overwhelmed by those emotions, especially when the situation heightens the emotions. This also works with other emotions like anger, frustrations and even fear. For example, a person who has fear of flying would consider deciding on driving instead of flying, despite the fact that travel by air statiscally shows less danger than driving.

As to not lose focus of our topic at hand, I want to remind you at the beginning of this article I mentioned about addiction. And how we can make the rational choice to refuse the urges. Even so, we have seen how under the distress of high-emotion situations, we are doomed to make irrational decisions. Though, when it comes to emotions, I was reminded by one other philosophy; Stoicism which teaches the development of self-control and fortitude to overcome destructive emotions. It is in no way teaches one to be emotionless, but rather to reject the materialistic and have a clear judgment and inner calm when dealing with such horrid events. The philosophy has more to it than just that, but I just want to focus at how having control of our own emotions is vital in order to lead a better life. The very basis of this philosophy was in fact to control the masses back in ancient Greece as people back then were easily prone to get angry. In respond to anger, the Stoics said that anger was the result of ignorance and lack of knowledge. Seneca, one of the founders of Stoicism even said that anger was the result of overly optimism that lead to unrealistic expectations. As for my opinion, this school of thought is easy enough to implement as lots of religions already have it; the control over oneself. This philosophy even has a lot of similarities on the teachings of Gautama Buddha. As I myself understand this, there are a lot of similarities in Islam as well. As for example, the month of Ramadhan, we not only have to fast, but also have to learn on controlling our behaviour and to live moderately on everything, including emotions. Even the issues that I mentioned previously could have been easily solved by Islam and other religions. But of course, some just want to have an alternative on the solutions and most already have the mentality of secularism. 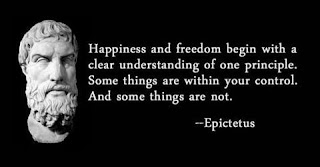 What I’m trying to say is that we have (to some degree) control ourselves. We are not pre-determined to make the same mistakes over and over again. In respect to my own problem, what I really needed was change.  And that change starts within me. The intention to change for the better. That intention is the most important part. It starts with each and everyone. I will try my best in the NoFap program and I hope anyone reading this has something that he or she can change for the better. And don’t be afraid to ask for help if you can’t do it alone.