Mance, Geralt and The Prime Minister

Just recently I’ve finished binge watching The Game of Thrones series. Admittedly, I was late to the party. Everyone’s done discussing about it and only now I’ve been looking for spoiler discussion about the controversies of the general plot twist. Albeit it that the focus for people are the main protagonist, the vile schemes of the other family banner, or just the story arc of a girl that has nothing to do with the actual plot of the saga; my mind kept on a line from one of the characters:

“The freedom to make my own mistakes is all I ever wanted”. 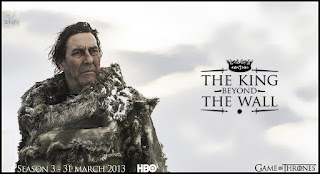 It struck me hard. Although you have to understand the context of this line. It was spoken by Mance Rayder, a proclaimed king beyond the Wall, defeated by king Stannis and was told to kneel. Of course, he didn’t. Which is a mistake obviously; got burned alive- well partially, until Jon Snow fire a bolt into his heart. But what really got to me was that he realises that it’s a mistake, but would gladly go with it. He accepts it.


That’s really what I want to talk about. To shed some light though, I need to emphasize on the importance of choices and the consequences of it. 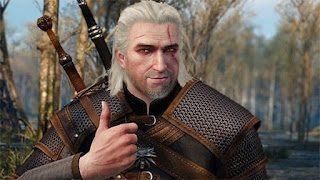 The best medium to emulate this of course is in the works of CD Projekt Red’s The Witcher 3; and yes it’s a videogame. Unlike any other medium, this can actually offer a choice, even though it can never replicate the true feeling of a real decision making moments in our day to day lives, at least we can have the illusion of it. This game, is first and foremost is a story driven role playing game. There are other more complex games that involves only in the mechanics of making decisions like the Telltale games. However we are made to expect the outcomes and the consequences of our actions the minute we made it. We realise how important this particular choice will be. Because we are told to do so. We never knew whether what we did is the right or the wrong in the Witcher. Sometimes the implication of our action comes 40 hours later, or just doesn’t come at all. We never knew how important the next decision will be. As a result, we play according to our feelings and go with what we thought was best. I got the worst possible ending though.

And that’s just how life works doesn’t it. We never really expect an immediate impact on what we do. Just go with what we think is best right? What comes after is something that we can never have control of. Just focus on the small things first. Do you realise how many decisions you have to make from the moment you wake up from bed. Of course, making a simple mistake as sleeping in for 5 more minutes isn’t really what we can call a life changing moment. Take a step back. Look at how you reached a fork in the road in life. What would be different. Choosing a different school. Admitting in a different university. Falling in love with a different person (don’t start a debate on how we can’t choose whom to love). In everything we do, there will always be regret. Regret in choosing a different path in life. People make mistakes. Big ones. Like it’s the end of the world for you. If only you could reload a previous savegame file. But we can’t. We have to live it.

So, I can safely say that what makes us made a decision, is because of regret. We will choose the path of the lesser regret. And this is ultimately what Terry Connoly and Marcel Zeelenberg (2002) proved.

Hence, The Decision Justification Theory was proposed. Mainly, two components of regrets in decisions are comparative evaluation (regret over not choosing the other option), and self-blame (regret for having made a poor decision). Although the focus on what I’m trying to point out is in one of their reviews: “People experience more regret over paths not taken…. That people may regret inactions more than actions…” An example of this involves an experiment with a football coach making an action or inaction based on the prior conditions of winnings or losings. Of course, as expected, the prior winning coach would feel regret if he change the team but still loss. But the prior losing team would feel even more regret if were inactive. Why though? Because of how the winning coach was unjustified by the changes that he made while the losing coach would be justified if done something active. Thus feeling less regret and remorse. 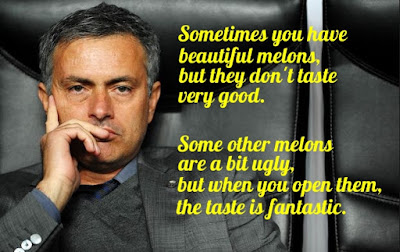 It’s a bit confusing. But plainly, it means that the regret is based on whether or not we can make a justification on the decisions we make. Imagine that you’re on a winning streak. And maybe you’ll want to shake things up a bit. But in doing so, made you lose the game. Compare this with the situation that you’re on a losing streak and you made some changes and still loss. The bigger regret would be the former situation. Because you have a justification. You actually tried to make a difference but it didn’t worked. I never really realised this before. Of course you would still feel regret, but it’s lessened.

To put this into practical circumstances, I think it’s suitable to bring in the issue of politics. HAH! If you’ve managed to read this far, you’ve fallen into my political propaganda influencing to defect to the other party. No. But really, I was intrigued by the so called “decisions in choosing for this upcoming general election”. We are mostly afraid that we would regret choosing the wrong leader. But remember what I said about the coach experiment. We are technically losing. I mean, our country isn't really the best country in the world. And I don’t know much about economics, but it seems like we’re going down in that department as well. The best thing to do now is actually to have action instead of inaction. Change something. Even if we still fail, we have at least some justification on hand. Try a different approach. Choose a different leader. I’m not talking purely based on political beliefs. This is strictly logic and science. Wow, this really is a political propaganda.
Posted by kramway at 20:50 No comments: